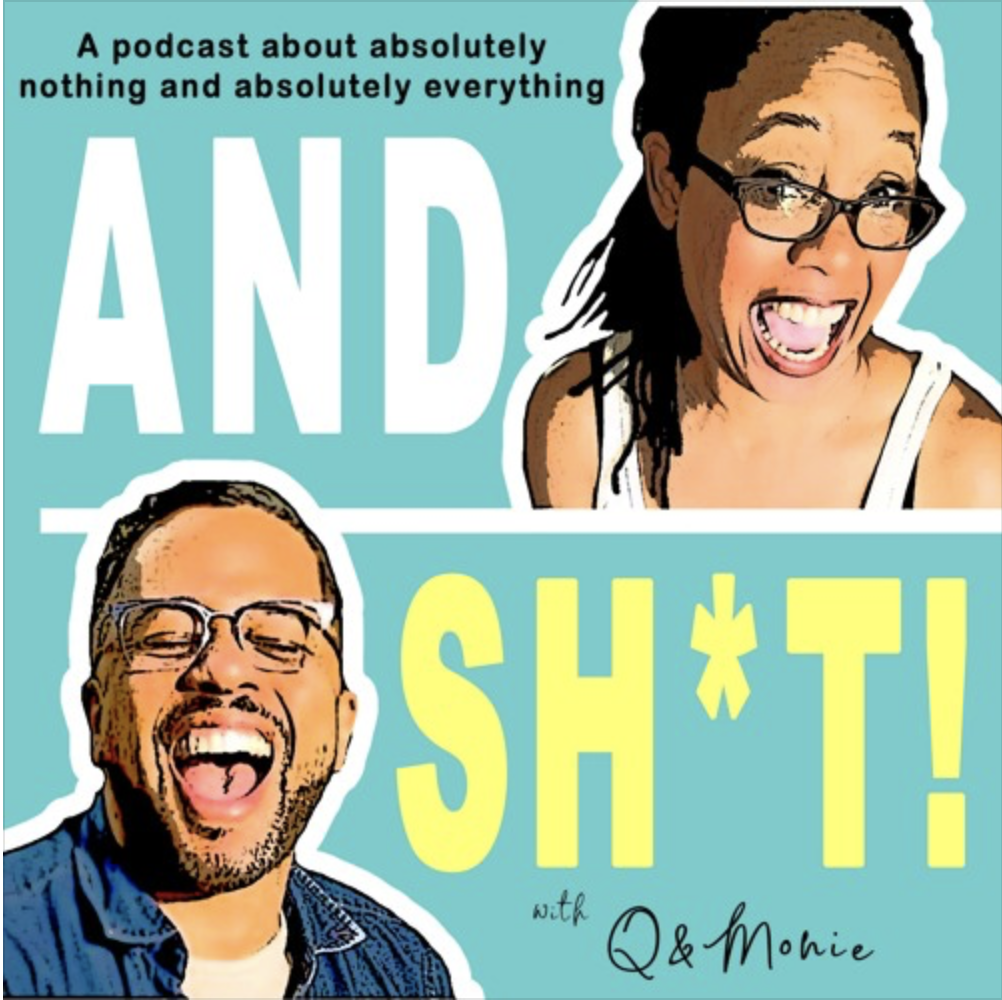 Best friends, award-winning filmmaker, TV producer, and personality, Quincy LeNear Gossfield, and award-winning screenwriter, journalist, author, and filmmaker, Monice Mitchell Simms, are two crazy peas in a pod who decided to share their totally abnormal weekly phone calls with the world. Join them for shit loads of random talk about life, love, work, and the sometimes shitty human condition. This is a show about absolutely nothing, absolutely everything, keeping it real, and keeping it really silly.

ABOUT QUINCY LENEAR GOSSFIELD
Multifaceted artist, Quincy LeNear Gossfield (aka Quincy LeNear) is an award winning filmmaker and TV Producer. He is also a respected actor, spoken word artist, visual artist, and writer. Quincy has been a prominent voice in the LGBTQIA arts community. He is a 2008 GLAAD Award winner and has been noted by the Advocate Magazine as “someone to watch.” He and his husband made history after being married on the 56th Annual Grammy Award and were chosen by BET as one of 2015’s Black Hollywood Power Couples.

ABOUT MONICE MITCHELL-SIMMS
An award-winning writer, Monice Mitchell-Simms is a lauded playwright, screenwriter and producer who wrote and directed the films, Carmin’s Choice and Rain for Showtime. Also a celebrated author and spoken word artist, Monice wrote the historical fiction novel, Address: House of Corrections and the children’s book, Nana’s Fridge. Monice is also a respected journalist and she’s interviewed some of Hollywood’s greatest directors and notables, including F. Gary Gray, Gina Prince Bythewood, the late Steven Bocho and our former President, Barack Obama. Currently pursing a Doctorate in Sociolinguistics, Monice loves living and laughing with her husband in sunny California…Oh and she adores french fries.

Monice and Quincy met in Chicago, Illinois in 1994 as young poets and became the best of friends, thicker than thieves, and have been besties for over 24 years.